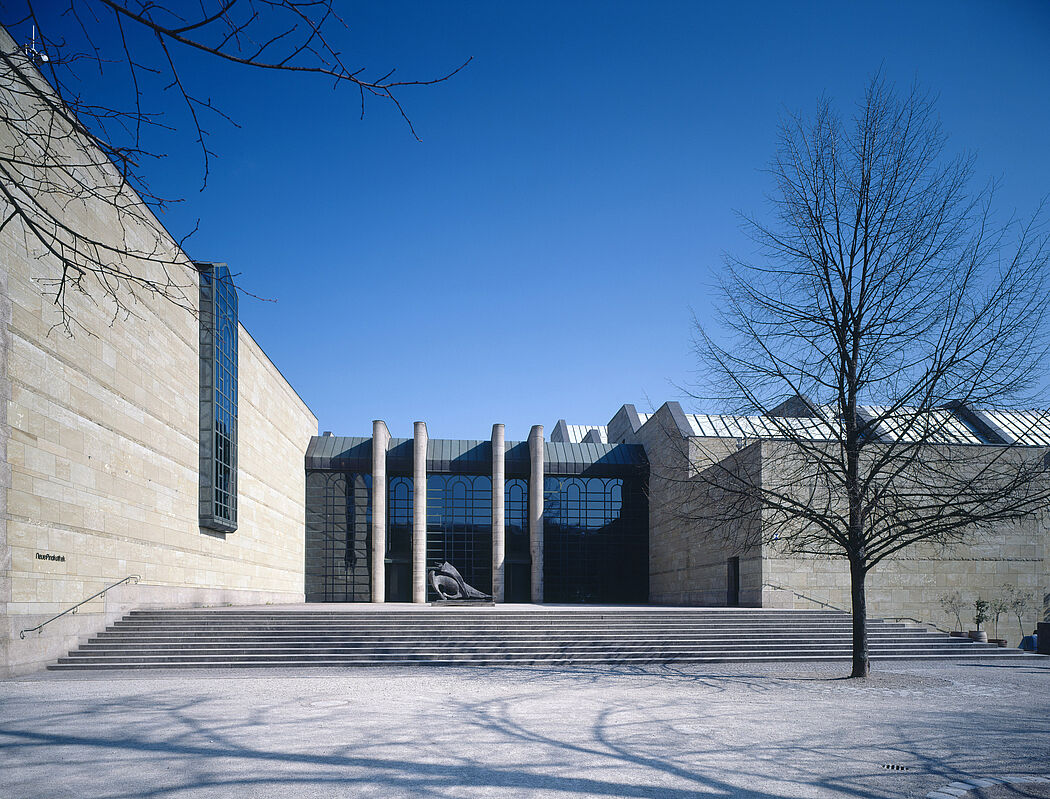 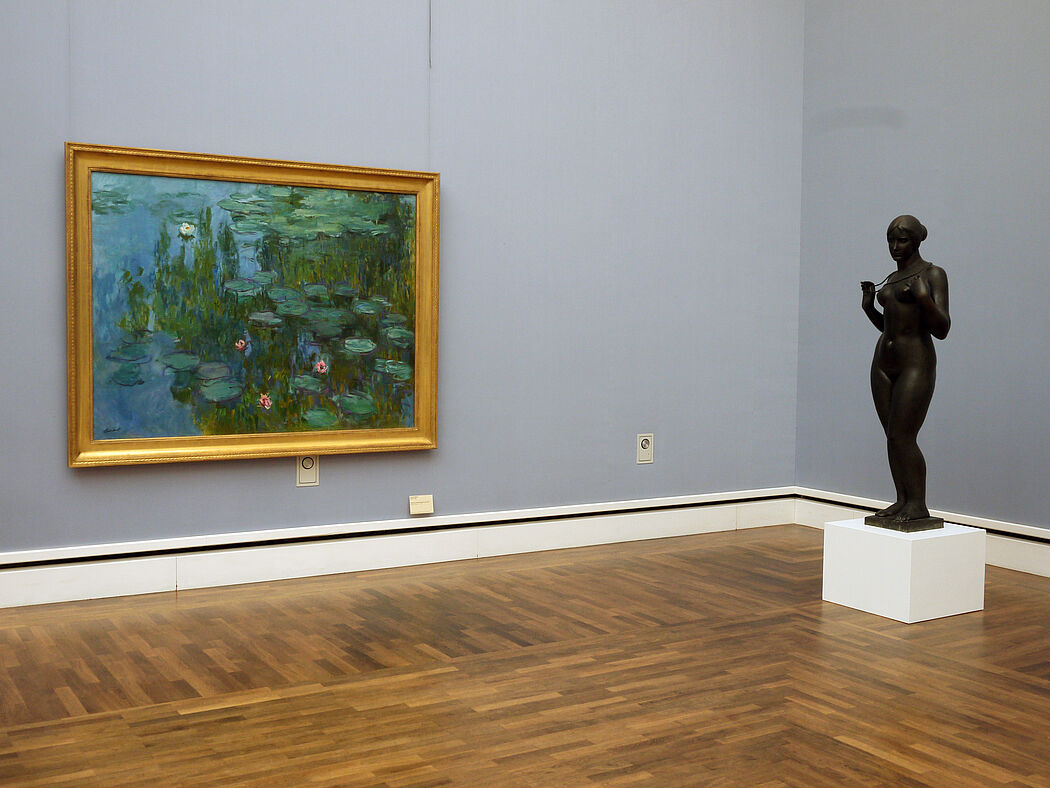 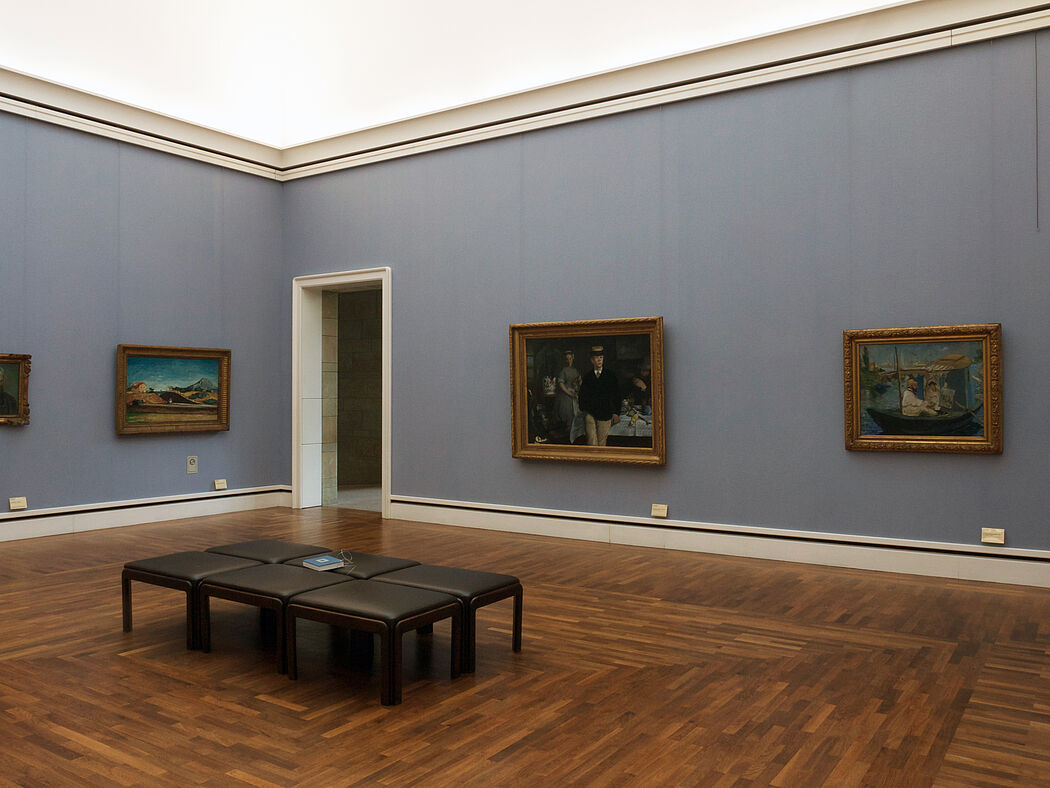 Since its opening in 1981, the Neue Pinakothek has stood on the site where Ludwig I had a gallery built back in 1853. With the Neue Pinakothek by architect August von Voit directly opposite the Alte Pinakothek, the king wanted to facilitate a dialogue between his collection of contemporary painting and the Old Masters. The Second World War turned the Neue Pinakothek into a ruin. It was completely removed and replaced by a new building by Alexander von Branca. Because of the conspicuous quotations of historical elements of form and style, the architect received a lot of criticism and his building was pejoratively called a "picture castle" by some. However, the interior of the Neue Pinakothek, with its perfectly lit rooms, is considered one of the best post-war museum buildings in Germany.  The exhibition rooms are arranged around two inner courtyards in the form of a lying eight. In this way, visitors are optimally guided through the exhibition. The outdoor area was lowered to the right of the entrance and an artificial lake was created, along which the restaurant for museum guests is also located. Alexander von Branca thus wanted to achieve an "openness to the city" that "invites people in."

You can find information about the refurbishment here.

The building is barrier-free accessible from the Barer Straße / corner Theresienstraße. A ramp leads down to the restaurant Hunsinger, next to which the entrance to the museum is located.

The museum has a lift. Access to all galleries is guaranteed.

Barrier-free toilets are located on the ground floor and basement.

The Neue Pinakothek gallery is currently closed for structural reasons and extensive renovation work. A selection of masterpieces of 19th century art is on display on the first floor of the Alte Pinakothek (east wing) and in the Schack Collection.

Coach
Two coach parking spaces are available in front of the Neue Pinakothek. Parking is limited to two hours (with parking disc) between 10.00 a.m. and 8.00 p.m.