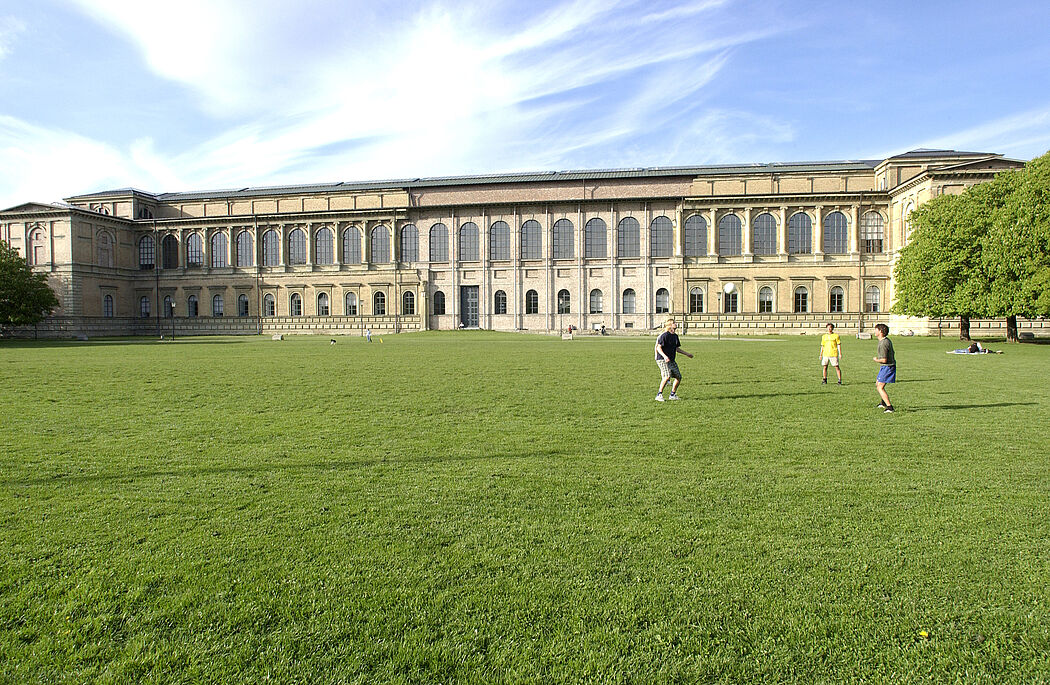 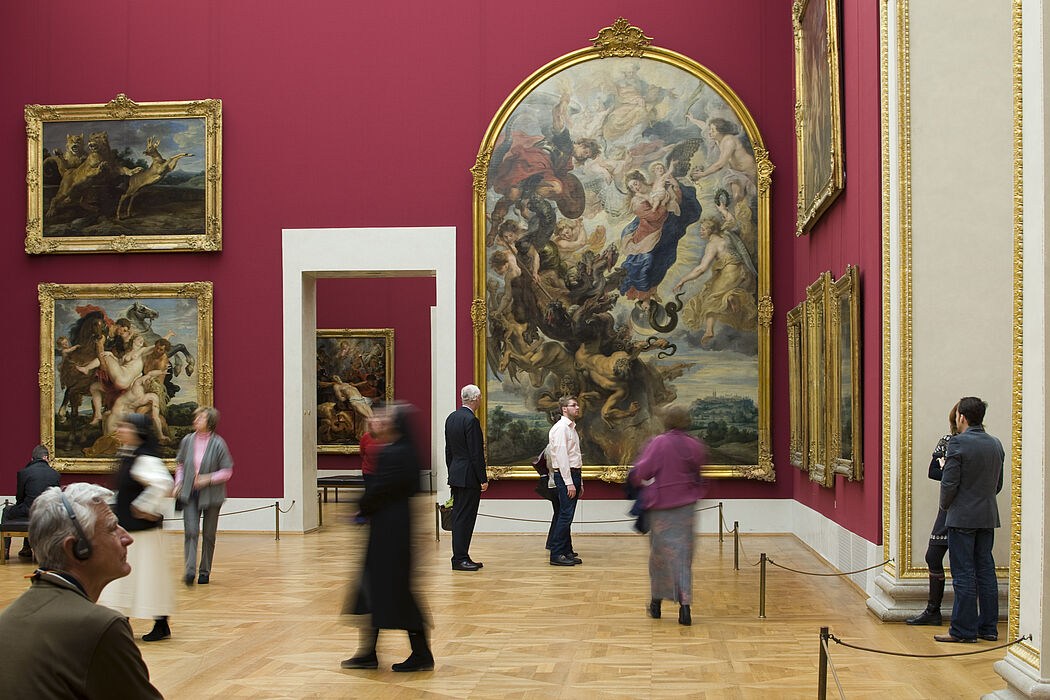 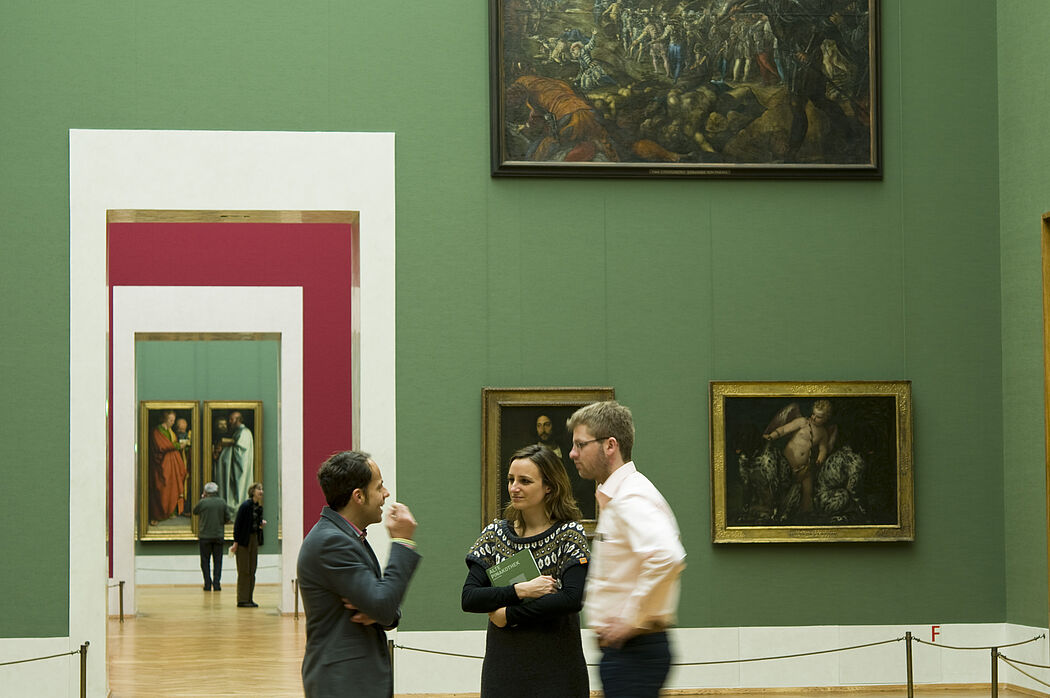 In 1816, King Ludwig I commissioned his court architect Leo von Klenze to build the Pinakothek. In 1836, the elongated main wing with short cross wings to the west and east was opened. The building, then called the Royal Pinakothek, was 150 meters long. When it opened, it was the longest gallery in the world. The collection of paintings of the House of Wittelsbach was presented in the halls with bright skylights.  After the Second World War, architect Hans Döllgast rebuilt the Pinakothek in 1957. It was badly damaged and in the center of the building there was a bomb crater about 40 meters wide. In front of you, you can see how Döllgast had the large bomb crater and other destroyed parts renewed with unplastered bricks. The bricks are debris from the former Türkenkaserne, of which only the Türkentor on Türkenstraße remains today. Instead of reconstructing the original Pinakothek, the "wounds" of the Second World War were to remain recognizable. Döllgast intervened heavily in the structure of the Alte Pinakothek: instead of a loggia built by Leo von Klenze, there are now two large, symmetrical staircases inside. Döllgast also moved the entrance from the east side to the north, where it now faces the Neue Pinakothek. In 1998, the Alte Pinakothek was reopened after 52 months of general renovation. Some wanted to have the original state restored. But in the end, they stuck with Hans Döllgast's design. Most of the changes are barely visible and concern the building services, such as air conditioning and alarm systems.

Barrier-free access at the main entrance via a ramp.

The museum has four lifts. Access to all galleries is guaranteed.

Barrier-free toilets are located on the ground floor.

Coach
Two coach parking spaces are available in front of the Neue Pinakothek. Parking is limited to two hours (with parking disc) between 10.00 a.m. and 8.00 p.m.