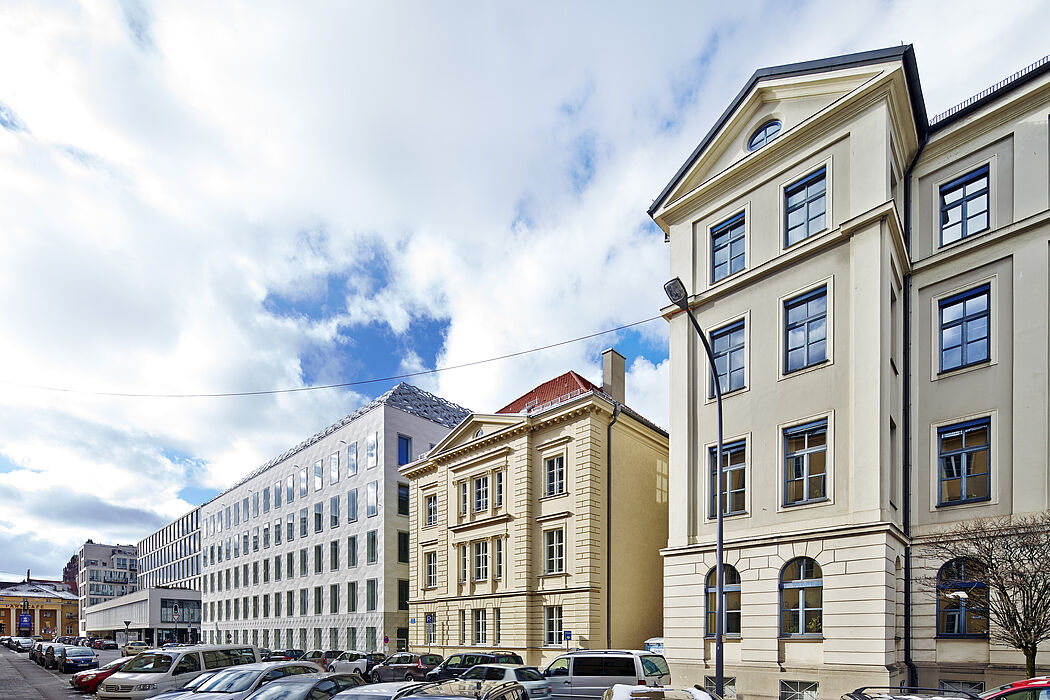 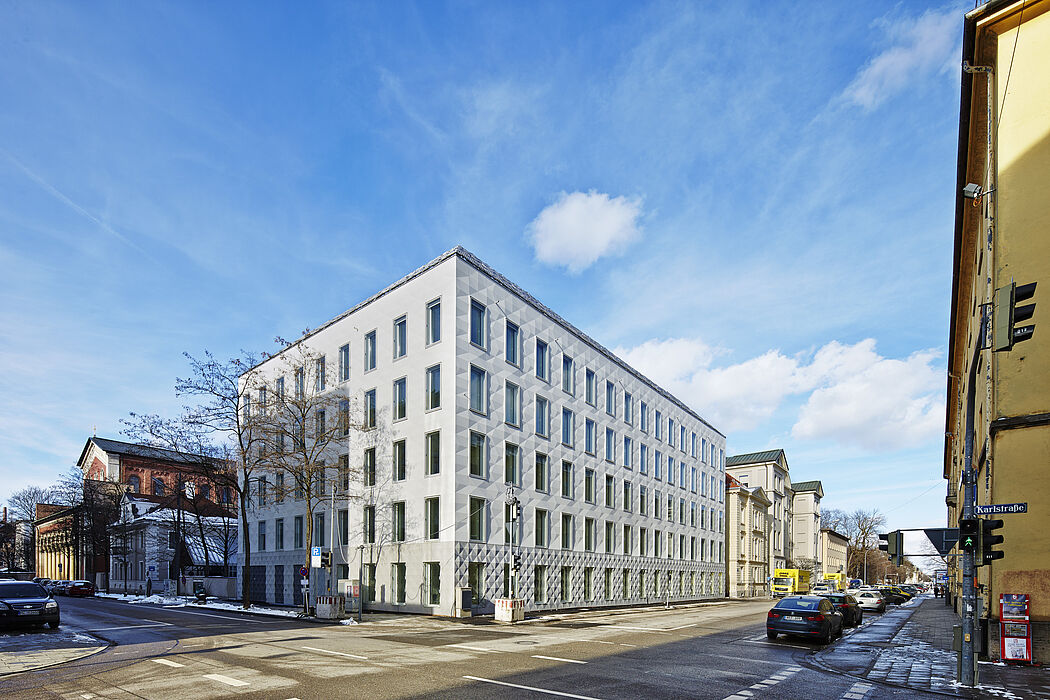 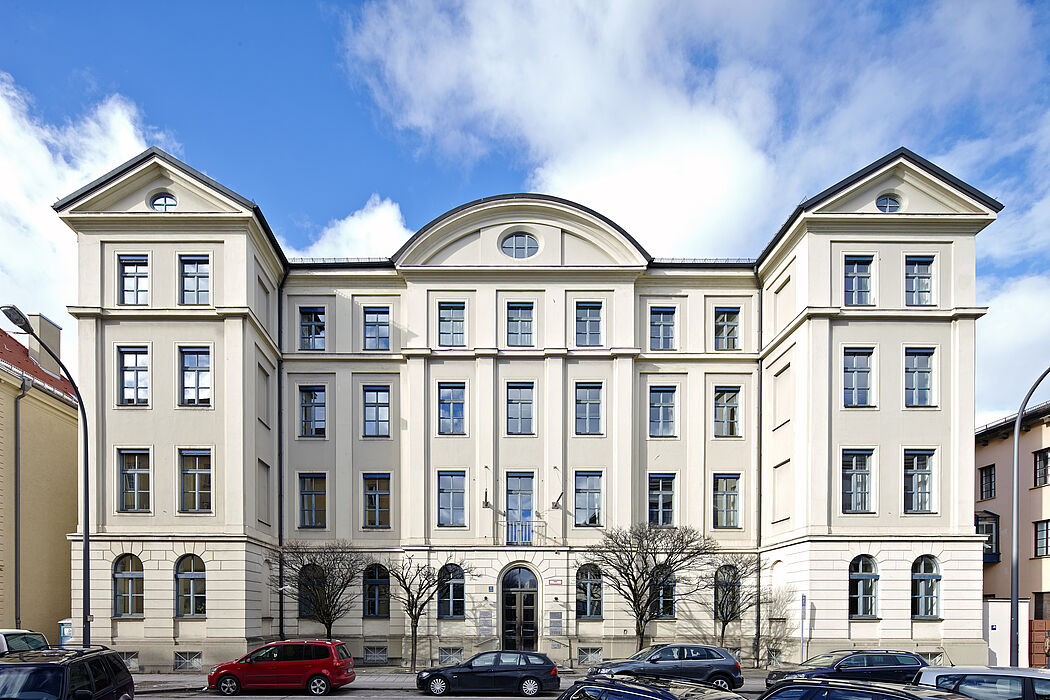 The first houses on the street formerly known as Friedrichstrasse were residential buildings. Still remaining today from that period is the “Old Villa” (Katharina-von-Bora Street Nr 9), built in 1825. The house with the main entrance (Nr. 11) was built in 1892 as a manor house. With the house Nr 13 (build 1929) the Evangelical Lutheran Church moved into the neighborhood. Shortly after the church was offered to buy the manor house (Nr. 11) next door. But only a few years later, in 1936, the Nazis pressed the church to sell the house to them. Only in 1978 the house was back in church possession.

In the following years the manor house (Nr.11) was reconstructed as an office building with the main entrance to the campus of the church headquarter. In 1987 an additional building was added in the back. The latest building (Nr. 7) at the corner Katharina-von-Bora Straße and Karlsstrasse was finished in 2014.

The building is barrier-free accessible via the gate, Katharina-von-Bora-Str. 13.

The institution has barrier-free toilets.